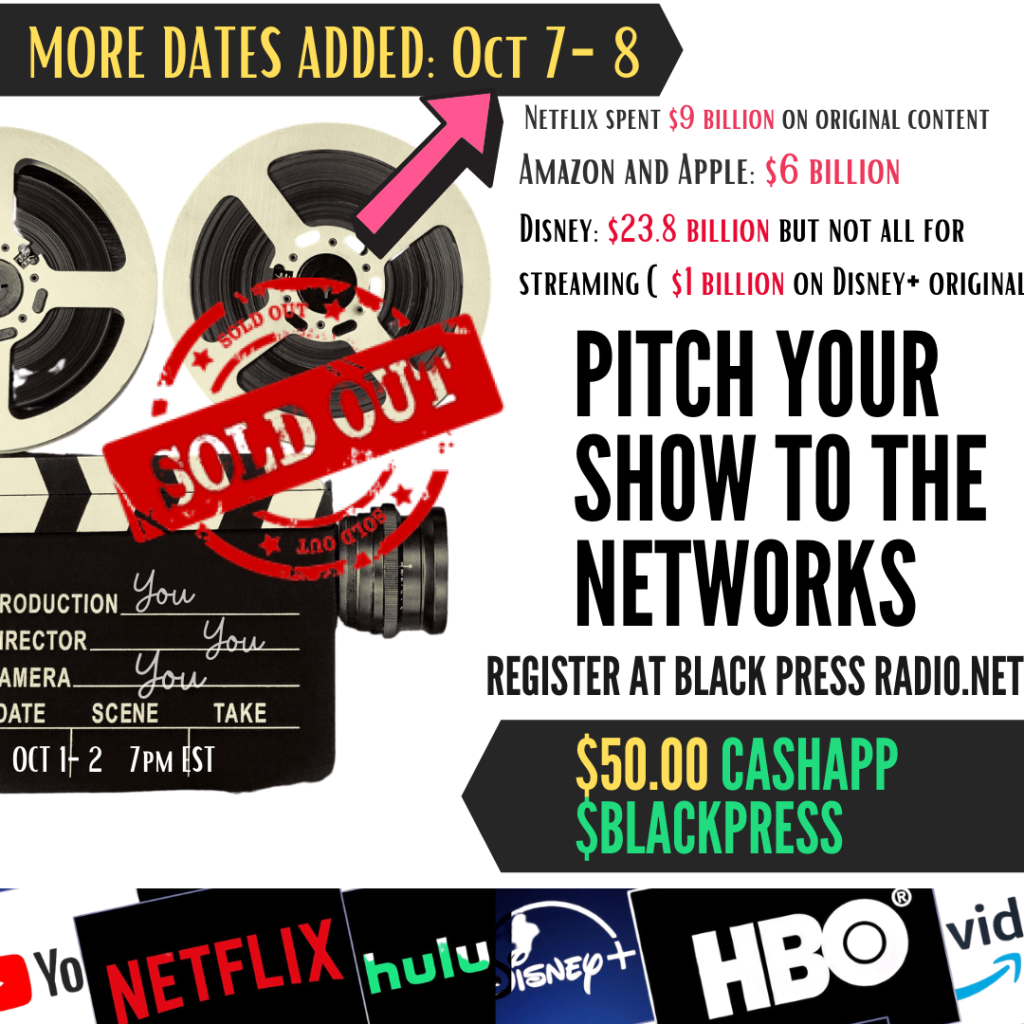 (BlackPressRadio.net) – Networks that don’t work with Black content creators  fail fast. They know that if they’re not on the radar of #BlackContentCreators #CopyrightHolders they will never realize a profit because African American audience stream or watch 12.5 hours a week of video. That’s nearly 10 times what others watch.

Netflix is the world’s leading streaming entertainment service, with over 167 million paid memberships in over 190 countries. 40% of Netflix’s audience is African Americans so they’re heavily dependent on Black Content Creators. Netflix subscribers have TV series, documentaries, and feature films across a wide variety of genres and languages but Netflix is hardly the only game in town.

HBO, Peacock, Roku an others are desperate for Black content as well.

Roku is already one of the biggest names in ad-supported streaming video. And as the company’s free streaming channel, The Roku Channel, takes center stage on Roku’s platform, marketers are taking a closer look at the offering.

In 2009 Netflix released the now-famous 125-slide presentation on company culture created by Patty McCord, Netflix’s Chief Talent Officer at that time. The original Netflix pitch deck spelled out what it means to be a part of the culture at Netflix, but it warranted a more modern (and strategic) redesign.

Now that The Networks know they have to drop serious coins to attract Black Content Creators, they’re calling Black Press Radio to help them find content creators. This workshop helps you sell your content. The MASTER CLASS is $995.00 for those with premium content. An introductory workshop is $50.00.