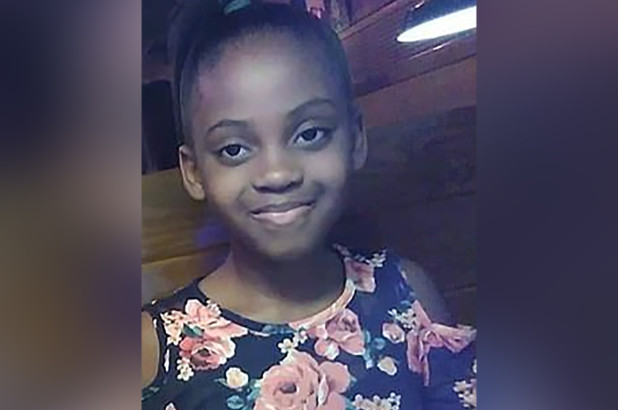 (BlackPressRadio.net) – It isn’t much of a surprise that children who grow up listening to foul mouth rappers like #NickiMinaj and #CardiB taunted 9-year-old #McKenzieAdams for the entire school year.

McKenzie transferred to her new school from another school where she was bullied by White students on a racial level in Linden, Alabama. Her mother transferred to the new school hoping that things would get better, but they didn’t. Instead, things got worse.

Jasmine Adams says, “I was sure that they would do the right thing and it feels like to me it wasn’t. The things you’d thing a 9-year-old wouldn’t know. Some of things she told me they said. That was my angel. She was a straight A student. Very smart,” her mother said.

“She told me that this one particular child was writing her nasty notes in class. It was just things you wouldn’t think a 9-year-old should know. And my baby, to tell me some of the things they had said to her, I was like, ‘Where are they learning this from?” 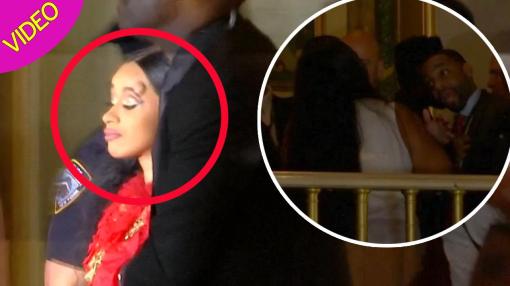 It’s simple: Nicki Minaj and Cardi B’s lyrics are out of control and should be banned on school campus. The two grimy rappers take pleasure in being as raunchy as they can be. They taunted each other and incited riots and beefs across the country. These kids learned a lot of aggression during that time. They learned a lot of terrible words from reading Cardi B’s Instagram posts. She talks about her vagina, sex and all kinds of stuff that makes her UNFIT to be a role model.

In fact, things got so bad that the 9-year-old researched how to commit suicide on YouTube and ended her young, beautiful life. “Seeing my baby laying there not being able to say nothing to me,” the mother said breaking into tears.

Jasmine Adams said the school was alerted but the teachers are saying they didn’t know anything about it. No reports of bullying at school were found in connection with a 9-year-old girl who committed suicide Dec. 3, according to Demopolis City Schools. But the likelihood that no one in the school knew she was being bullied is next to impossible. But if they school was truly unaware, there should be some serious reforms made at the school.

Parents will tell you, during the Nicki Minaj vs. Cardi B feud, kids took it seriously and took sides. It was really serious. At some point, it felt like East Coast West Coast rap beef that took the lives of #BiggieSmalls #TupacShakur

Her funeral will be held on December 15, 2018, the same day as America celebrates the life of #KimPorter

“It upset me so much that McKenzie’s death wasn’t treated with urgency,” said DC Livers, Editor-in-Chief of BlackPressRadio and a supporter of the Black Parents Association. “It took an entire week for the media to report on this story. Ironically, another 9-year-old child – Jamel Myles – who also committed #Bullicide after he was bullied at school this year got immediately worldwide attention. I got to be real with you. Even in her death, McKenzie was the victim of racism. She was a non-gay, African American child and no one seemed to care. But for Jamel Myles – a child who said he came out as gay and was bullied – he got immediate attention. His family had fundraisers, media attention, sympathy. They even handed out pamphlets called “Safe schools for LGBTQ Youth,” but do they make one for Black kids? Is there some guide we can have people follow to make it safer for Black kids to be students? 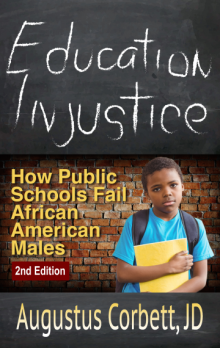 “So many people failed McKenzie in her life. I wanted to honor her in death. That’s why I posted the Tweet that went viral. That’s why I called on Michelle Obama and First Lady Melania Trump to use this as opportunity to heal from her pain.

This is a perfect opportunity to stop the madness and do the right thing, but I’ll also be honest and tell you I doubt seriously that either Michelle Obama or Melania Trump will care enough to do it. I don’t think either of them will make December 15, 2018 a special day. That really hurts me the most because our social media pages have been flooded with love and prayers for Kim Porter. It took me posting about McKenzie and using Kim Porter’s photo for some people to care.

One thought on “McKenzie Adams: Bullicide and Nicki Minaj need to stop”