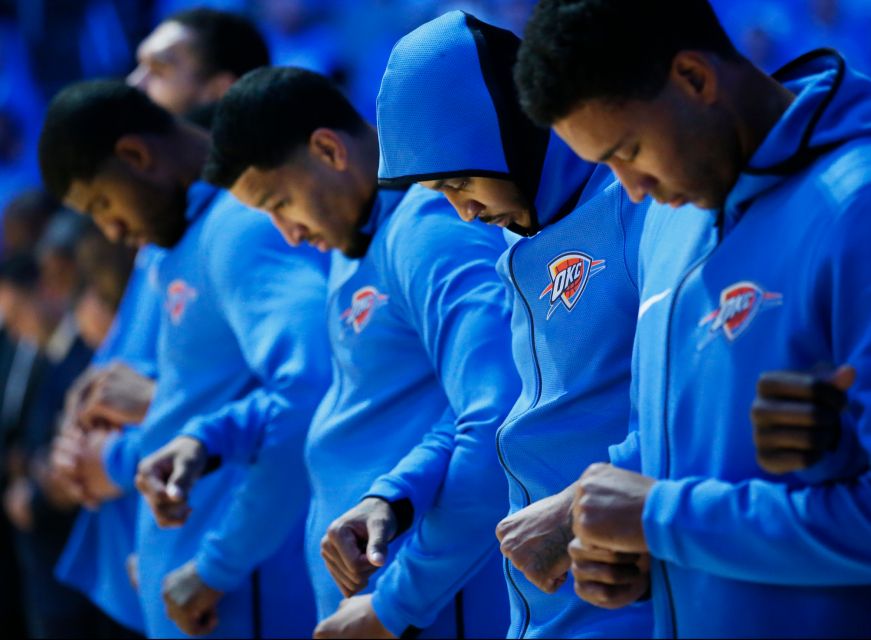 (BlackPressRadio.net) – Hoodie Melo for the WIN!

What a night! After a very stressful, disrespectful and sometimes racially charged experience, Carmelo Anthony traded the sparkling lights of New York City for the wide open big sky filled with bright stars of Oklahoma City. It all came to an explosive head as the Oklahoma Thunder took on Melo’s former team, the New York Knicks in OKC, which beat the Knicks 105-84. I spent four days in OKC to catch up with Carmelo a week or so after he arrived. Let’s face it, it was an ugly transition but in the end Carmelo is winning.

He’s headed to the NBA Playoffs – playing against the Warriors to top it off. Back in New York City, the Knicks have faced public humiliation after humilation. Porzingis who was supposed to lead the team to the Playoffs, didn’t make it to the NBA All Stars. He sat on the bench when Melo returned to The Garden in an overhyped game that netted him just a dozen points. Porzingis will sit again – this time watching his dear friend and mentor play in the playoffs that everyone thought would be reversed.

I spent nearly seven years working with Carmelo, greeting him in the locker room for nearly every game with the phrase: “Hello Melo,” a play on the fact that I’m sponsored by Moto cell phone whose slogan is Hello Moto! I’ve seen this man survive errrthang he’s been through so I’m not surprised he made it to the playoffs. I’m happy for him, sad for the Knicks (and my knees.)

As the crowd showed its happiness to have #HoodieMelo in their lives, the Jordan Brand, which announced it was discontinuing Carmelo’s sneaker line, redeemed itself by releasing a Carmelo Anthony hoodie. It sold out in seven minutes. 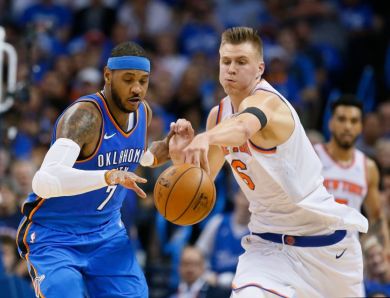 In their first meeting to start off the 2017-2018 NBA season, Melo took on his former teammate, Kristaps Porzingis, who posterized his mentor with an impressive block of Melo’s under the rim shot. The two – along with other players – had dinner together the night before to catch up on old times and showed lots of love on the court as the game warm ups began.

After being treated like a red headed step child, Carmelo began having private works at the gym in his NYC apartment building where his celebrity friends would come ball with him. He’d wear a hoodie to block out the world. It worked and failed at the same time. 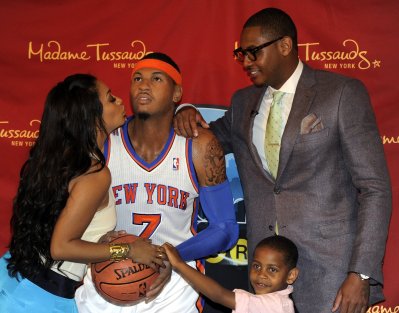 Melo’s attempt to block out the world made the world love him more. In fact, NBA2K18 featured the now born Hoodie Melo rating. The 6’9″ forward embraced his alter ego persona and now those that wanted to buy in can finally get their wish.

Celebrating Anthony’s regular-season debut with the Thunder, Jordan Brand has heard the fans and decided to launch and release a Hoodie Melo-inspired sweatshirt while the Thunder visits the Knicks on Nike.com.

The irony that the Thunder will play against Kevin Durant and the Warriors is not lost upon me. I remember when I left OKC and everyone kept asking me when I’ll be coming back. I remember saying, “I’ll see you in the playoffs.” It was more of a joke than a statement but it’s happening.

Yet, I’m going to try to make the trip to OKC to finish what I started. I got toasted all year for believing in Carmelo. I got slammed on social media, ribbed by my fellow Knicks reporters and straight up toasted on #BlackTwitter but in the end no one knows the Carmelo I got to know over these last seven years. He’s the modern day Muhammad Ali. He’s a champion that never quits and never stops pushing himself. No matter the outcome of the first round of the 2018 NBA Playoffs, I can easily declare Carmelo Anthony a winner and so should you. 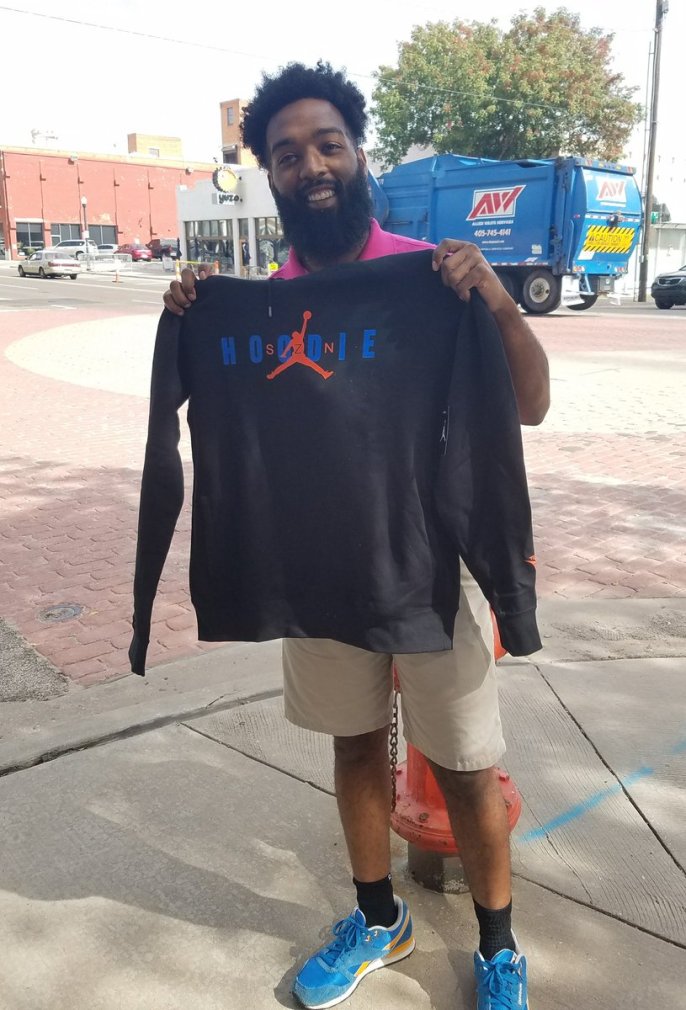 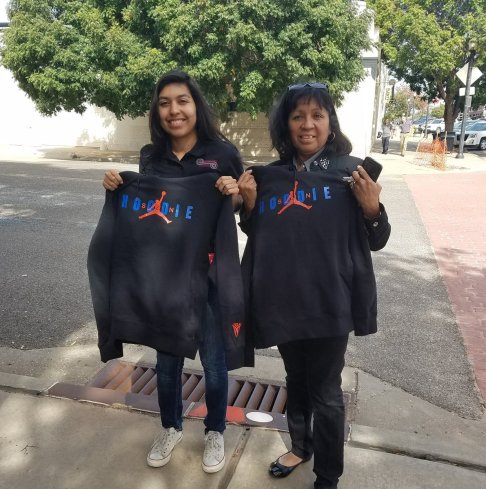 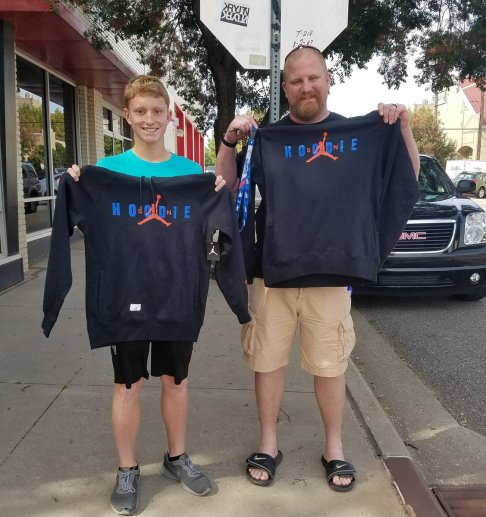 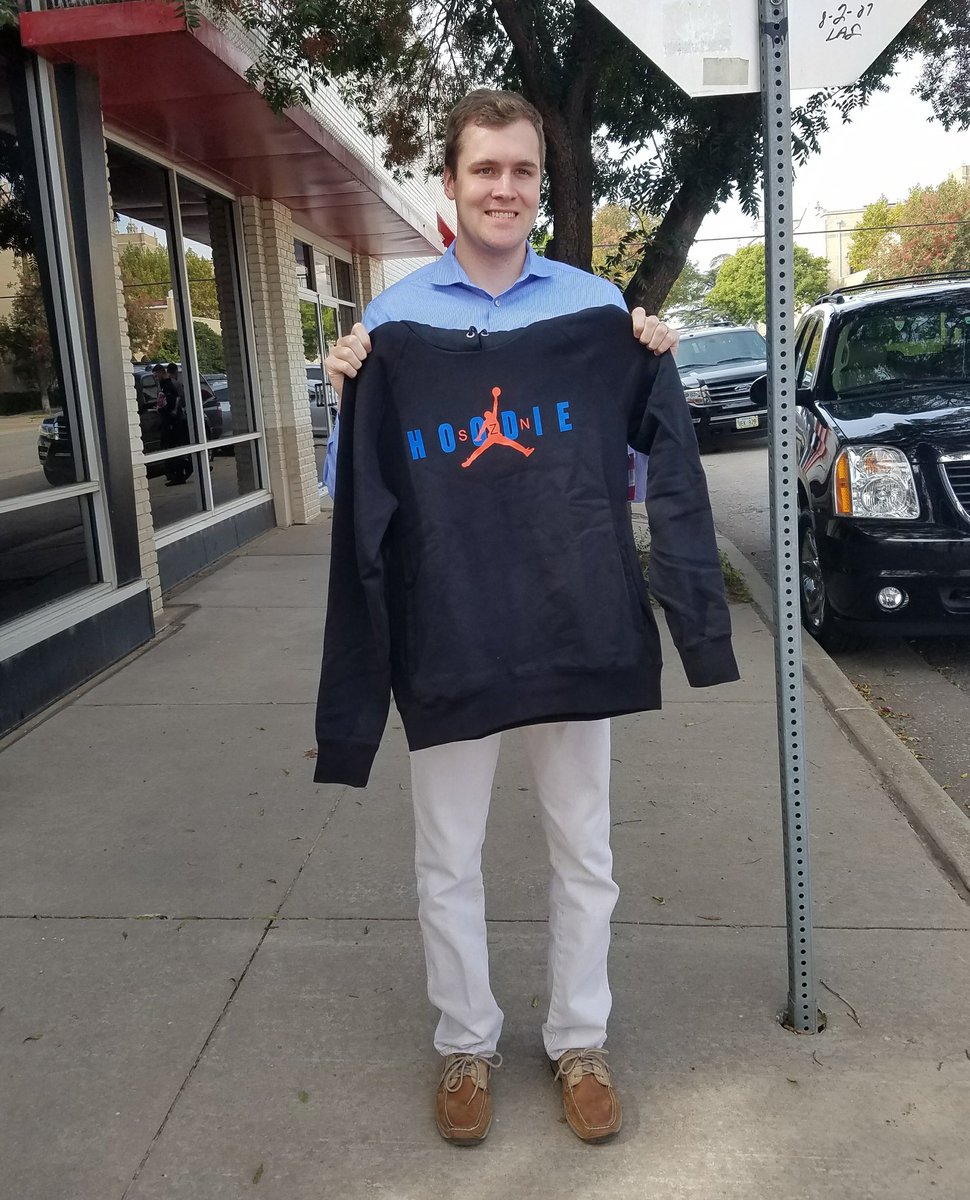 Carmelo’s wife, LaLa Anthony, sat courtside watching her husbandhave joy and a love of the game that had escaped him throughout the entire 2016-2017 season.

DC Livers is a popular journalist who has been dubbed “The Oprah of the Locker Room” for her unique reports on sports. She has covered Carmelo Anthony at nearly every home game at the Knicks’ Madison Square Garden since the day he arrived. She’s also writing the first ever book on Carmelo Anthony entitled, “LINE EM UP: How Carmelo Anthony out classed, out bossed and succeeded against the odds”

Stay tuned for our LIVE tweeting session on @BlackPressRadio on Twitter